Posted on October 8, 2017 by shawnmullin 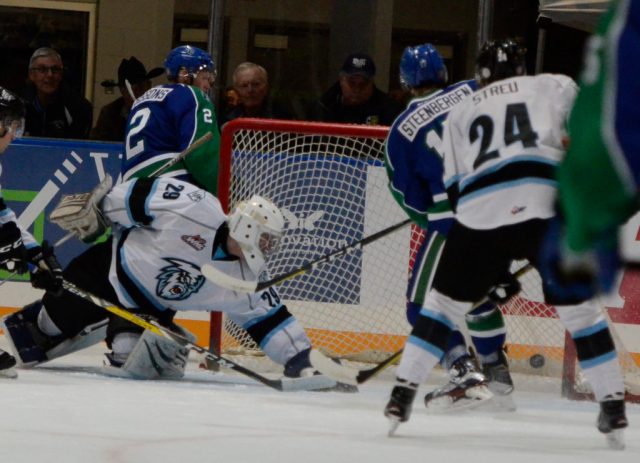 Steenbergen finishes off a Sissons feed (photo by David Zammit at scbroncos.com)

A dream start to the season continued for the Swift Current Broncos as they ran their record to 5-0 with a 5-2 win in front of a sold out crowd for their home opener.

Tyler Steenbergen scored twice more, while Aleksi Heponiemi and Colby Sissons each had a goal and three assists in the victory.

Steenbergen’s goals were his 11th and 12th of the season as he has averaged a hat trick in his last four games.

Click here for the full recap from Swift Current Online

Here’s our quick video recap of the @SCBroncos win over Kootenay tonight on @TheEagle94one pic.twitter.com/QZ8vxMJtOE